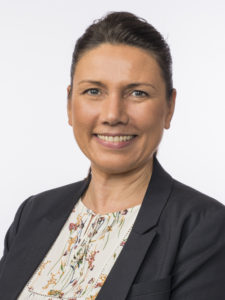 Well, here in Norway, it’s pretty cold already. Although it would be nice to snuggle up to a warm partner on days like this, a cold shoulder is more likely if the UK was to follow a Norway-option. Not because Norway don’t want a «special relationship» with the UK. We do. But because the relationship has to be built on respectful terms and conditions. The way the British debate is going, that doesn’t seem likely.

I was actually surprised how many concessions the EU was willing to grant the UK in the divorce deal. Remember that the Brexiters are players that want to leave the club, pay no fees and follow no rules, but still wants access to the playing field with new rules and no referee (ECJ). And just to remind us all, this is just the terms and conditions for leaving. It’s not the terms and conditions for the new relationship.

Joining, or rather re-joining, the European Free Trade Association, the international body co-founded by the UK as an alternative when the French rejected their membership in the then EEC, could always be an option. But this was the second best alternative, and since EFTA was founded, most of the founding countries has left EFTA because a full membership in the EU was always the better option. But joining EFTA wouldn’t solve any of the UK’s Brexit problems. EFTA is a platform for negotiating free trade agreements, not a trade agreement in itself. Norway’s relationship with the EU is regulated through the European Economic Area-agreement (EEA), between three of the EFTA-countries and the EU. This gives friction free access to the single market through accepting the four highly regulated freedoms of movement of goods, services, capital and people. Just like in the WTO, we need a judicial body or dispute settlement to enforce the rules and ensure fair competition, thus a system aligned to the ECJ.

The Brexiters rejects both the regulations that are a prerequisite for frictionless trade in order to meet minimum standards and protect consumer rights, but they also reject the rulings of the ECJ, which protects fair competition and free trade. This is hard to grasp for a Norwegian conservative and free trade champion like myself. The term «free trade» is misleading. Trade is highly regulated to both protect the parties from unfair competition and to ensure standards and consumers rights. Relying on a WTO that is stretched beyond their capacity with the US blocking the appointment of judges to their appellate body. This is bad news for world trade. It’s even worse news for a country soon to leave the most developed, best functioning and effective market they will ever be a part of.

But then again. It’s not really just about the market. It’s about being connected to the world’s greatest democracy project, that with all its failings, has given Europe peace and stability since WW2. With Putin destabilising in the east, Trump waging a trade war in the west, and China growing relentlessly by integrating the world economy, this should have been the time we came together as free, democratic nations to stand up against the forces we see threatening our freedoms. Instead, we see one of the champions of democracy breaking it up. And that, for the most part, based on blaming the EU for failings that has been the responsibility of the national politicians to respond to – either in regards to labour market policies or fixing the NHS.

Even if the channel was fogged, as Europeans we shouldn’t be isolated. If winter is coming to the UK, it surely will affect us all. As The Economist put it, the UK was the least likely candidate to fall for populism. But it did. That should be a lesson for us all.